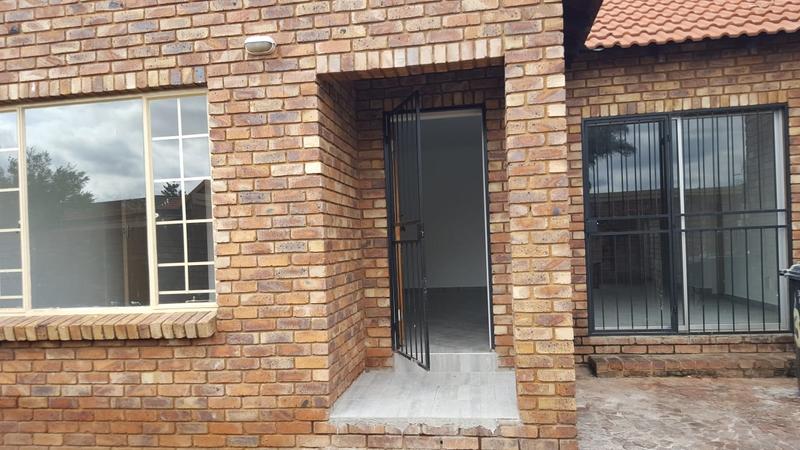 This 3 bedroom unit offers the new buyer 2 bathrooms where one is an on suite.
An open plan kitchen, dinning room and living room.
The property is neatly tiled with a double garage and a small garden.

This is a nice buy for a new family or older couple.

Security wise the property is equipped with an ADT supported alarm system, Trellidor security on the windows and doors. Further it is surrounded by high walls and security gates. The driveway access gate and garage door are motorised.

In order for you to purchase this lovely property, your income before deductions must be R 32 820 or more. This is at an interest rate of 10%. It can be a combined income. This combined income does not have to be husband and wife. You can buy with a friend or a work colleague together.