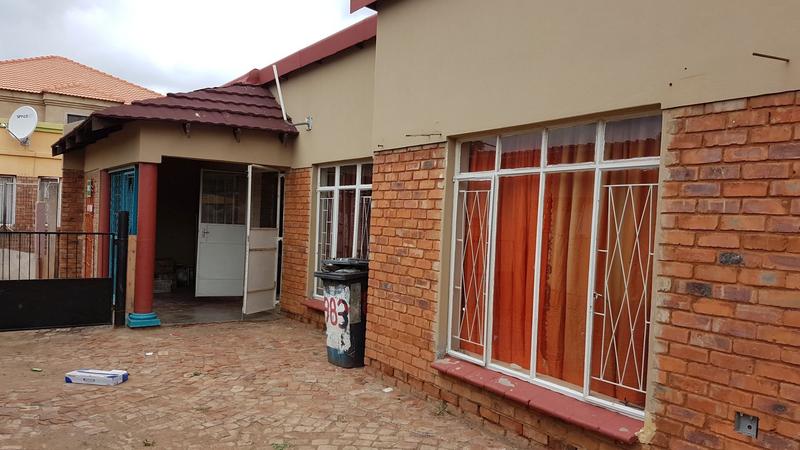 This property has 3 bedrooms with 2 bathrooms and 2 rooms that has built in cupboards and the main bedroom with an
en-suit bathroom. All the rooms are fitted with tiled floors together with the open plan kitchen. The lounge is comfortable
with tiled floors and big enough for a sizable lounge suit. The property even boast with enough parking for about 4 cars
and even a double garage that was contemplated for a flatlet. This property is real value for life beginnings for ANY young
family.
The area was discovered in 1836 by Andries Pretorius and named after the Rock Hyrax. In 1848 a group of Free State
farmers moved to the Magaliesberg, Transvaal . The 2 farms Elandspoort and Daspoort are farms the started on next to
the Apies River. 1841 is the ground measured from the farm Daspoort.
In November 1853, the farm Daspoort DECLARED a town. Originally named Pretoria Philadelphia.
Pretoria Portland Cement, also known as PPC, is a company that manufactures cement and is situated on the farm
Daspoort. The company was founded in 1888.
1905, Daspoort Estate and Daspoort proclaimed respectively. Hermanstad was once part of the farm Daspoort and were
measured in 1897 and proclaimed in 1898.
1893 Jure Sinovich rented a farm out of the farm Daspoort port along the Apies River and start a vegetable farm on the
3km strip. Today known as the Sinovich group.
The area is between north and south connected with Ollie Deneyschen Tunnel, or called Daspoort tunnel. It connects
Danville and Claremont.