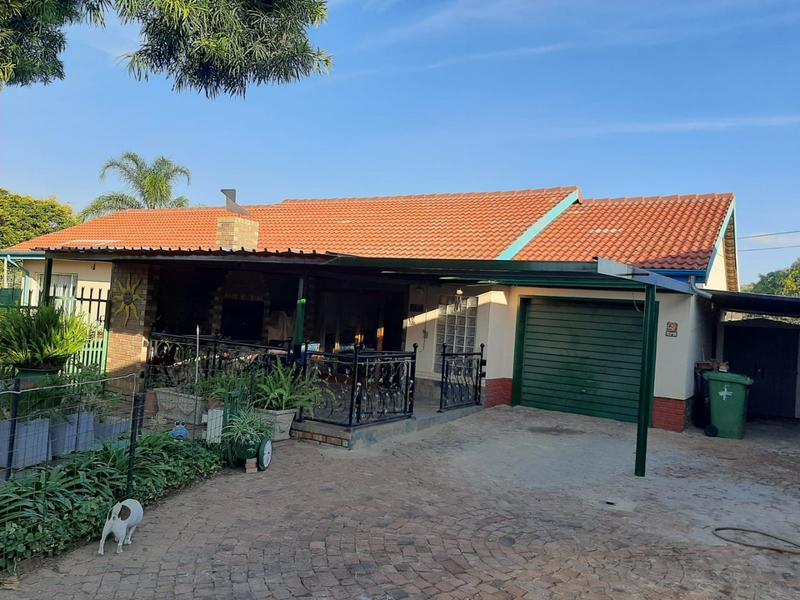 Beautiful 3 bedroom 2 bathroom house with borehole, a must see!

This beautiful property is built on a dwelling of 782 m² in size. It is a very well maintained family home and is ideal for a young families with a nice established garden. It offers you as a potential buyer 3 bedrooms with built in wardrobe. It also have 2 bathrooms of which one is on-suite. A spacious and modern kitchen with a lot of built in cupboards and separate lounge area and an open plan office.
The property is neatly tiled with an built in braai on the front porch.

Outside the outbuilding offer a single garage and an outside toilet. This property also has an borehole and prepaid electricity.

Security wise the property is equipped with security on the windows and doors an electric gate and bob wire. Further it is surrounded by high walls and security gates. The driveway access 2 gates.

In order for you to purchase this lovely property, your income before deductions must be R31 011 or more. This is at an interest rate of 8 %. It can be a combined income. This combined income does not have to be husband and wife. You can buy with a friend or a work colleague together.