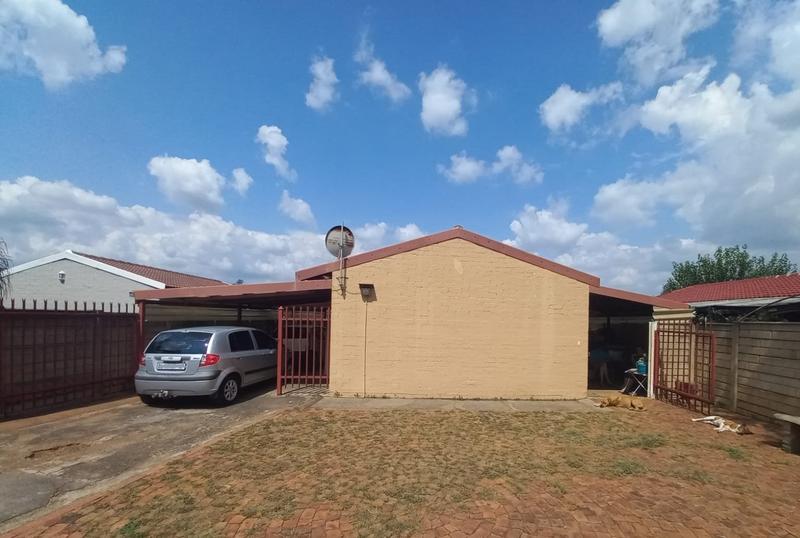 This is an average stand size for the area. The stand is approximately 370 m². This 2 bedroom with built-in cupboards house with 1 bathrooms, kitchen and open plan living room.

Outside there is a lock up carport for 2 cars and another carport. There is also a build in braai and the additional roof tiles is included.

Security wise the property is equipped with security on the windows, further it is surrounded by high walls and security gates.

In order for you to purchase this lovely property, your income before deductions must be R18 260 or more. This is at an interest rate of 8%. It can be a combined income. This combined income does not have to be husband and wife. You can buy with a friend or a work colleague together. We prefer to pre-qualify our clients to ensure that you know for what you can buy and that there is no surprises when you put in an Offer To Purchase.