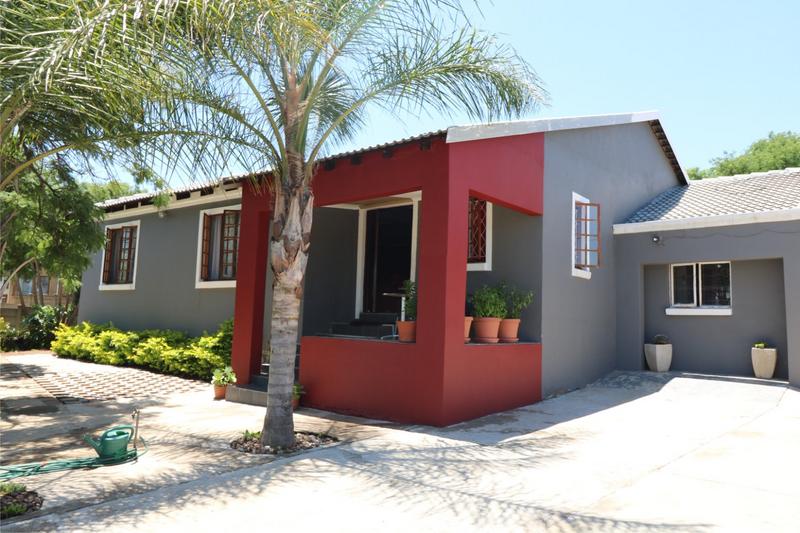 This dwelling is a very well maintained family home and is ideal for a young couple to start a big family. It offers you as a potential buyer 4 bedrooms, all bathrooms have build in cupboards. It also have 2 modern bathrooms of which one is on - suite. There also is a separate guest toilet.

A spacious and modern kitchen with a gas stove and a breakfast nook.

The lounge and dining area,

The main on suite have a bath, basin and toilet. The second bathroom is full bathroom.

Outside the outbuilding offer a carport suitable for 3 to 4 vehicle's.

For your leisure the property offers a few special features such as a pool ,large play area with a built in bar and built in braai.
Security wise the property is equipped with security on the windows and doors. Further it is surrounded by high walls and security gates. The driveway access gate and garage door are motorized.

In order for you to purchase this lovely property, your income before deductions must be R 49 500 or more. This is at an interest rate of 7 %. It can be a combined income. This combined income does not have to be husband and wife. You can buy with a friend or a work colleague together.