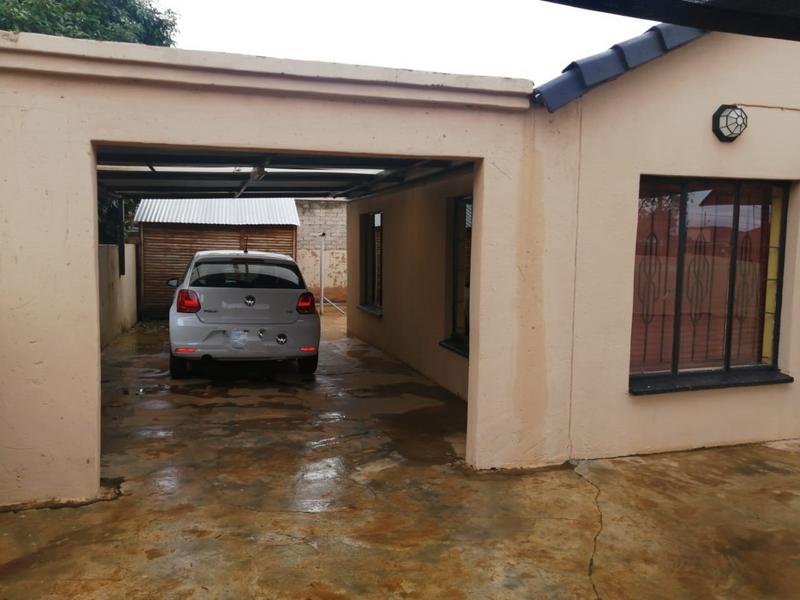 MOVE IN READY HOME FOR SALE IN LOTUS GARDENS

This house is built on a stand that is approximately 335m². The property that is built on this dwelling is approximately 56 m². It is a very well maintained family home and is ideal for a young couple to start a big family. It offers you as a potential buyer 2 bedrooms with built in cupboards and 1 bathrooms.

It have a neat lounge are that is neatly tiled and a nice kitchen.

Outside the outbuilding offer a garage suitable for 2 vehicles


Security wise the property is equipped with security on the windows and doors. Further it is surrounded by high walls and security gates. The driveway access gate and garage door are motorised.

In order for you to purchase this lovely property, your income before deductions must be R 20 500 or more. This is at an interest rate of 8%. It can be a combined income. This combined income does not have to be husband and wife. You can buy with a friend or a work colleague together. We prefer to pre-qualify our clients then neither you nor we get a surprise when we apply for the bond on the property.


Lotus Gardens is a small township situated next to Atteridgeville, a township in the west of Pretoria.

Lotus Gardens, initially referred to as "Dairy Farm", was planned as an Indian township by the apartheid government, under the Group Areas Act, in order to relieve housing pressure in Laudium, and the first cohort of Indian residents moved in during the early 1990s, with children initially bused to schools in Laudium. However, by this time, segregated housing had been abolished, and Lotus Gardens became a mixed community, and by 2011, it had a population that was 80% black African. The township is separated from Atteridgeville by the N4 Magalies Freeway. The two townships share a Police station which is situated in Atteridgeville.