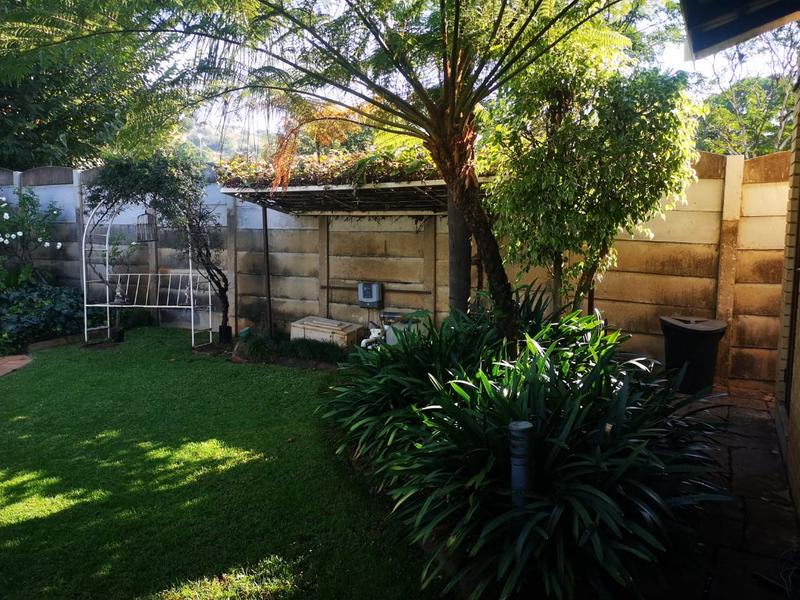 WOW, everyone wants a property that has as little expense as possible!!

Temperature control is by means of ceiling air conditioners in all the rooms. The lounge and dining room and TV room is neatly tiled.
Outside the outbuilding offer a garage suitable for 5 vehicles, approximately 100 m² and carports for 2 vehicle`s .The domestic area have a shower, toilet basin and a room. The garage leads onto a courtyard with washing line. There is a carport for additional vehicles.

The house is on solar electricity. And it have its own water filtration system that works directly from the borehole.

For your leisure the property offers a few special features such as a pool with a chlorinator, large entertainment area with a built in bar and built in braai. It also has a fully equipped borehole and an attractive look to the property.

Security wise the property is equipped with an supported alarm system, Trellidor security on the windows and doors. Further it is surrounded by high walls and security gates. The driveway access gate and garage door are motorized.

In order for you to purchase this lovely property, your income before deductions must be R 61 500 or more. This is at an interest rate of 8%. It can be a combined income. This combined income does not have to be husband and wife. You can buy with a friend or a work colleague together.