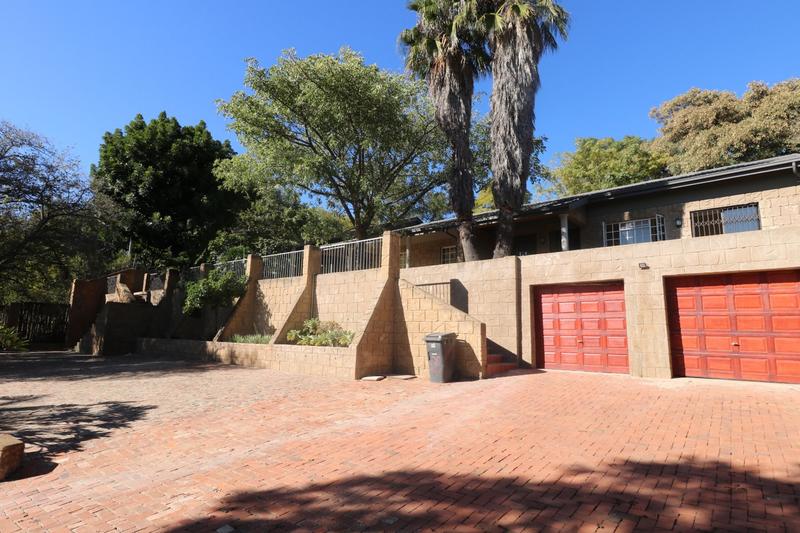 This beautiful home is ideal for student accommodation or for a massive family. The plot is 1983 m² and the house covers about 600 m².

It consists of 2 complete 3 bedroom houses that has been built next to / attached to each other.

Both houses is very neatly tiled and consist of 3 bedroom , all with built in cupboards and with 3 bathroom, kitchen and each with a huge living area.

There is a double garage and lot of parking space. There is also a Wendy, wooden deck, built in braai and patio.

Security wise the property is equipped with Trellidor security on the windows and doors. Further it is surrounded by high walls and security gates. The driveway access gate and garage door are motorised.

In order for you to purchase this lovely property, your income before deductions must be R 51 500 or more. This is at an interest rate of 8%. It can be a combined income. This combined income does not have to be husband and wife. You can buy with a friend or a work colleague together.

Pretoria Gardens was founded in 1903 and was originally part of the farm Daspoort. In this same year Pretoria got its sewerage system. It was part of the Hercules, which derives its name from the adjacent cement factory.
The township has developed as many others, two periods were experiencing, which the population growth a boost and led to the growth of the region Hercules and declared Town council and in 1930 to city council. The second population growth was from 1928 to 1934 when many people lost their work and a lot of farmers moved because of the drought.
In May 1949 Hercules City C