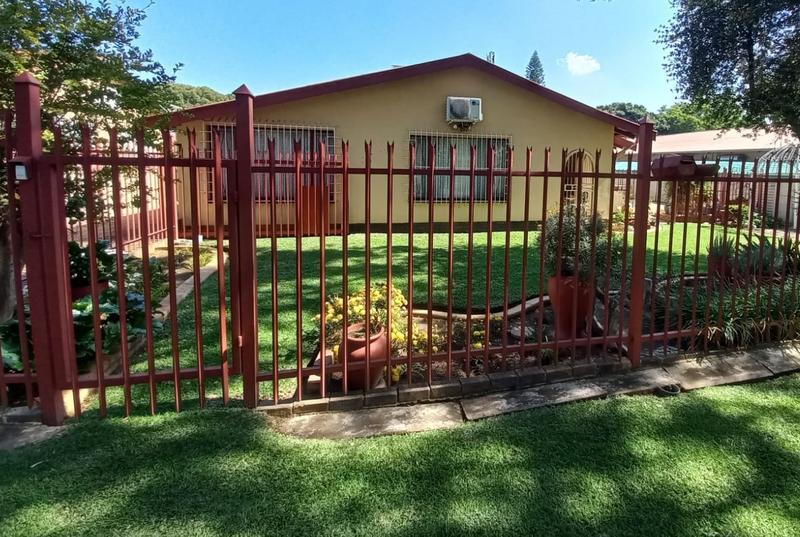 This beautiful 4 bedroom, 2 bathroom property is very neat and spacious. A must see!!

This property is 691 m² in size. This very neat property consists of 4 bedrooms, 2 bathrooms for where one is a on suite with a extra room. The living room is big with open plan dinning room, the carpets is very neat with wood ceilings and fans. The living room also has beautiful wooden ceilings and air conditioning. It also offers an office and second living room, a big kitchen with lots of storage space and separate space for your fridge and washing machine.

The stand is very neat with irrigation and borehole. There is a double garage with electric doors an outside toilet and carport for more or less 2 cars.

This is perfect for a family and there is still a lot of potential for more.

In order for you to purchase this lovely property, your income before deductions must be R 51993 or more at an interest rate of 7.5%. It can be a combined income. This combined income does not have to be husband and wife. You can buy with a friend or a work colleague together.