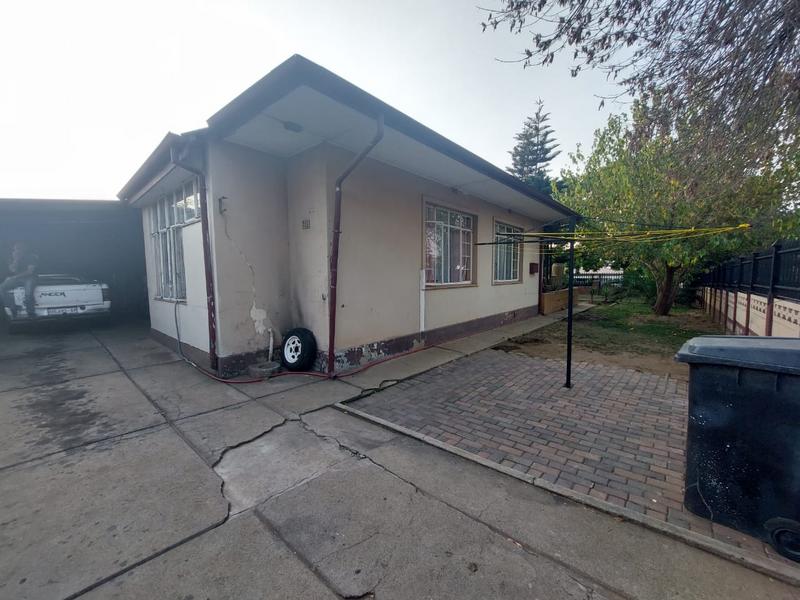 This property is 979 m² in size. This property consists of 3 bedrooms, 1 bathroom, the living room is open plan dinning room and the kitchen with lots of storage space..

There is also a 2 bedroom flatlet with a kitchen and living room, the flatlet has its own entrance, perfect for renting out for an additional income.

This is perfect for a family and there is still a lot of potential for more.

In order for you to purchase this lovely property, your income before deductions must be R35 574 or more at an interest rate of 7.5%. It can be a combined income. This combined income does not have to be husband and wife. You can buy with a friend or a work colleague together.