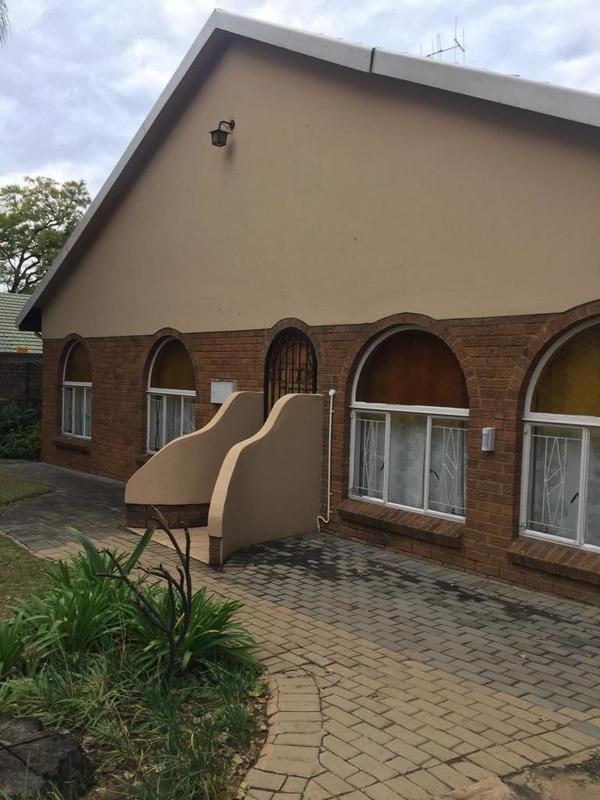 This property is 743 m² in size. This property consists of 3 big bedrooms, 2 bathrooms where one is an on suite. The spacious living room lead to dinning room and study. The kitchen has a lot of storage space.

Double garage with outside toilet

This is perfect for a family and there is still a lot of potential.